An RGB led lights is a combination of three LEDs in just one package: red, green and blue; there are two kinds of RGB LEDs: common cathode and common anode RGB LEDs; you generate different colors by adjusting the brightness of each of the three LEDs of the RGB LED; to adjust the brightness of each LED, you use a PWM signal.RGB lamps are imaged by three primary colors.

In addition, there are blue LED with yellow phosphor, and ultraviolet LED with RGB phosphor. On the whole, both have their own imaging principles. The color of some LED backlight panels is particularly clear and bright, even to the extent of high image quality television. This situation is the characteristic of RGB, which boasts that red is red, green is green, and blue is blue. In terms of light color mixing, it has more diversified characteristics.

Three chips of red, green and blue are placed in one lamp bead, or a PCB or IC is placed in the ordinary two foot lamp bead to control the flashing sequence and frequency.Or the lamp beads with four legs, one of which is the cathode or anode shared by the three chips, and the other three legs are connected to a chip one by one to control the light through the current conduction of the three legs.

Such a lamp can emit seven colors: red, green, blue, red green, red blue, green blue, red green blue (that is, white light), or if the four leg lamp is willing, it can also control the current flowing through different color chips to control the brightness of a color, thus causing the color change of the mixed light. In theory, a lamp can emit an infinite number of colors. 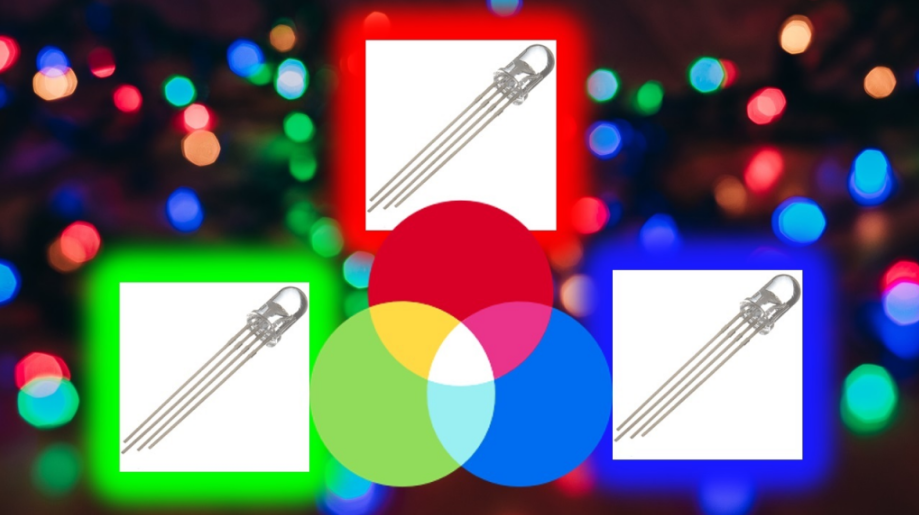 Working principle of rgb lamp bead: when two LEDs are lit by three primary color LEDs respectively, it can emit yellow, purple and cyan (for example, when red and blue LEDs are lit, they emit purple light); If red, green and blue LEDs are lit at the same time, it will produce white light.If there is a circuit that can make the red, green and blue LEDs light up in two, separately and simultaneously, the three primary color LEDs light up, then it can emit seven different colors of light, so this phenomenon occurs.The color changing lamp is composed of red (R), green (G) and blue (B) LEDs. Two color LED is very familiar to us. It is generally composed of red LED and green LED.

Luminescence mechanism:The terminal voltage of the PN junction constitutes a potential barrier. When the forward bias voltage is applied, the potential barrier drops, and most carriers in the P and N regions diffuse to each other. Since the electron mobility is much higher than the hole mobility, a large number of electrons will diffuse to the P region, forming the injection of a few carriers in the P region.

These electrons recombine with holes in the valence band, and the energy obtained during recombination is released in the form of light energy. This is the principle of PN junction luminescence.

The main method is to improve the quality of the barrier crystal and change the structure of the barrier crystal, so that electrical energy is not easily converted into heat energy, and then indirectly improve the luminous efficiency of LED, so that about 70% of the theoretical internal quantum efficiency can be obtained, but such internal quantum efficiency is almost close to the theoretical limit.

How RGB lights To Control Color?

An RGB lighting is a combination of 3 LEDs in just one package:Red,Green and Blue.You can produce almost any color by combining those three colors. With an RGB lighting you can, of course, produce red, green, and blue light, and by configuring the intensity of each LED, you can produce other colors as well. 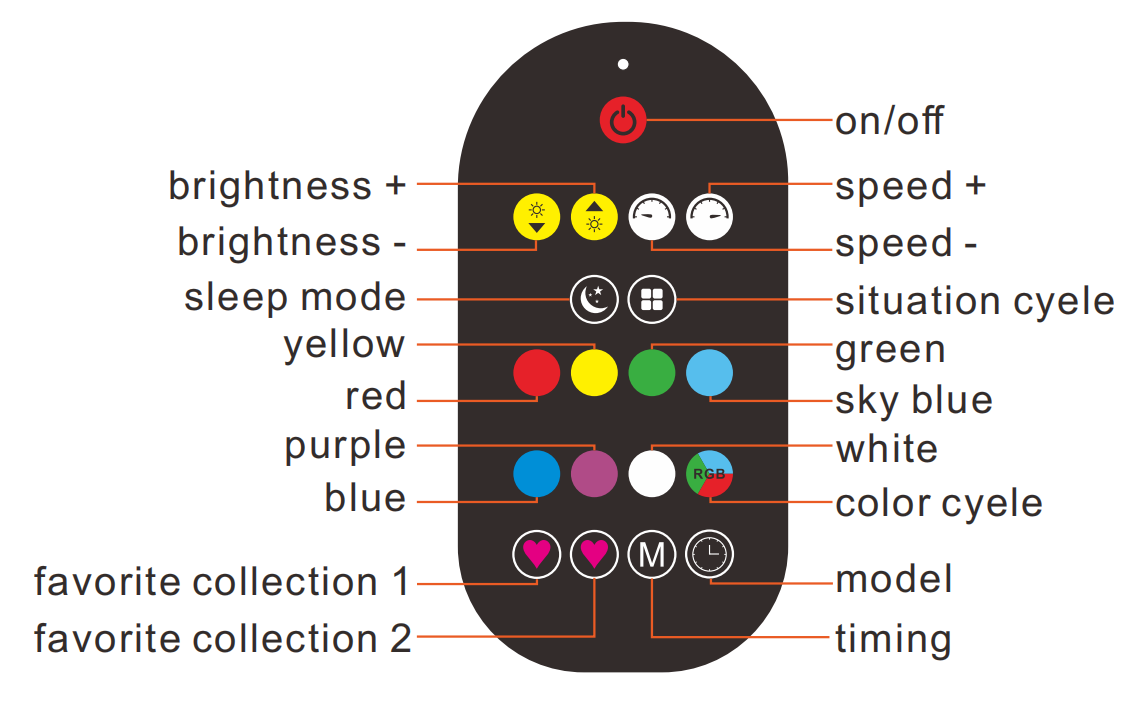 To adjust the intensity of each LED you can use a PWM signal.Because the LEDs are very close to each other, our eyes see the result of the combination of colors, rather than the three colors individually.When the red, green and blue lights overlap with each other, the colors are mixed, but the brightness is equal to the sum of the two brightness.

LED rgb lights is becoming the latest in LED trends due to their energy-saving characteristic, ability to create vibrant colors (red-green-blue), excellent brightness, and flexibility to work in different applications such as commercial, landscape, and architectural. Apart from installing them indoors, the water-resistant feature also allows you to use them in outdoor settings.

The most commons are outdoor Christmas light decoration and Halloween lights.LED rgb lights program colors to match your moods and for specific situations.With the advancement in technology, they come with several features like programmable options, remote control, smartphone app navigation features, and timer for the convenience of users to handle wirelessly at a distance and perform hassle-free functioning.Every Christmas, everyone uses RGB lights as outdoor Christmas light decoration or as Halloween lights.

Household solar lamp which is better?