The Invention That Changed The Lighting Industry

Back in 2014, the Nobel Prize in Physics was awarded to Isamu Akasaki, Hiroshi Amano, and Shuji Nakamura – the creators of the blue light emitting diodes, also known as LEDs. The winners will join a prestigious list of 196 other Physics laureates for their invention that has illuminated the 21st century.

A century ago, people used to illuminate their houses with kerosene lamps or candles, and they all got shocked with Thomas Edison’s invention of the incandescent lamps in the 1880s. Even though that they served as a perfect source of light, they weren’t energy efficient at all.

The search for an energy saving alternative was the focus of every lighting development ever since. It looked like that nothing could replace incandescents from the American households until the appearance of the LED lights.

Back in 1862, the first LED lights were introduced, but they glowed only in the infrared range, which made them suitable for a small array of products such as digital clocks and indicator lamps. Creating a LED light that glowed in white light was a difficulty that took around thirty years for scientists to overcome. 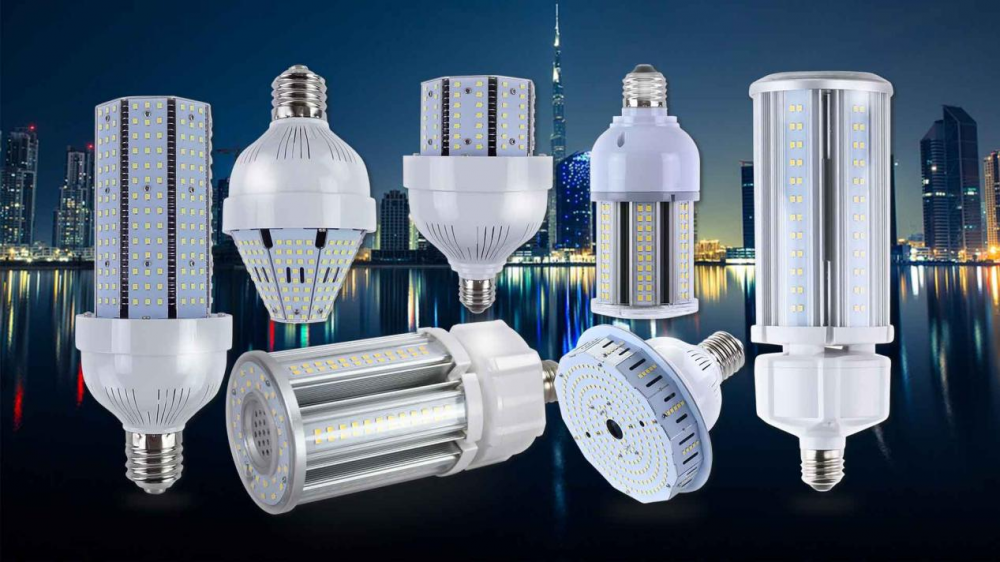 The first bright blue LED was revealed in 1993 by Shuji Nakamura, who built on the work of his colleagues – Akasaki and Amano. Now, LED lights are gaining an immense popularity as they are being used for cellphones lights, table lamps, traffic signals, computers and almost everything that requires energy-efficient light. The white LED lamps are highly used in offices as they consume much less energy than the traditional ways of illumination.

As competition grows, the prices of this new technology fall and become even more affordable to consumers.

Every time scientists unveiled a new light source, people declared that incandescent lights are becoming a thing of the past. However, it took more than a century for an alternative to beat its predecessor!

Unlike incandescent bulbs, LEDs convert electricity into photons instead of turning it into a mixture of heat and light.

Unlike incandescent bulbs, LEDs convert electricity into photons instead of turning it into a mixture of heat and light.

During the awarding, the Nobel committee said that incandescent lamps lit the 20th century, while LED lights will light the 21st century. In fact, around 20% of the world’s electricity is used for lighting and the LED technology could reduce that amount to 4%. Moreover, they can run on solar power, which means that they can help more than 1.5 billion people who don’t have access to electricity.

If you are looking to invest in the future, then you might want to replace the traditional lighting in your house with a more futuristic technology such as the LED bulbs.

What should know about LED

Are your old incandescents burning out one after another? Then it might be time to consider a more advanced technology such as the LED. LEDs are the future of the lighting industry as they can have a lifespan of up to twenty-five years and they are energy-efficient.

However, there are many varieties of the LED lights and choosing one depends on few factors. Here’s what you need to know before heading to the store.

When shopping for incandescent bulbs, people used to look at the watts to determine how bright the lamp is. However, the brightness of the LEDs is determined by lumens as they draw far less energy than traditional bulbs.

To make a comparison, 60W incandescent bulb is going to be around 8-10 watts for a LED Bulb. That’s where lumens come to the rescue. 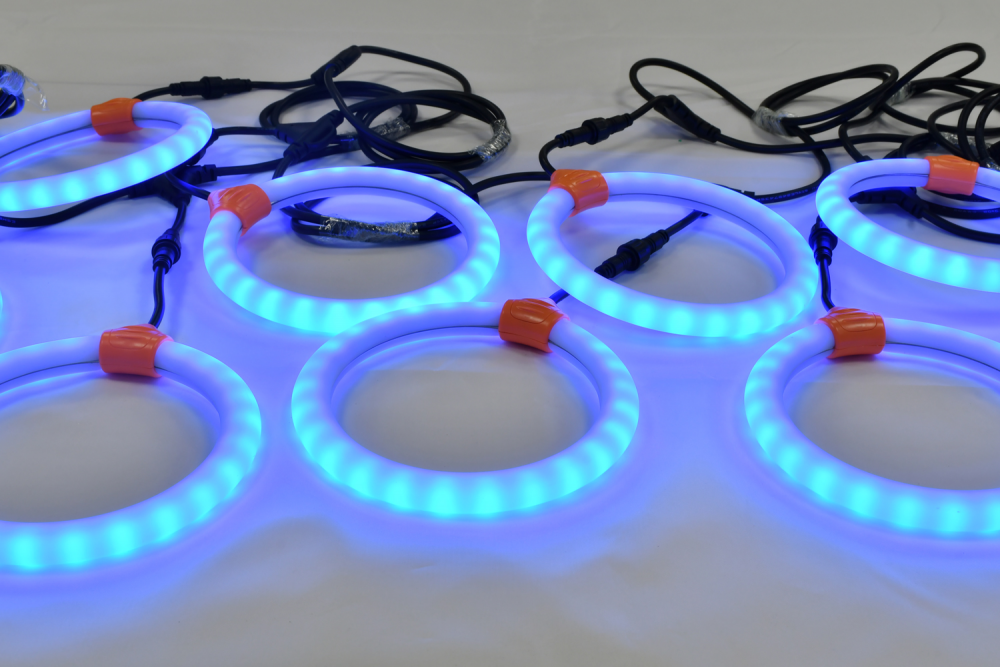 A lumen (lm) is a measurement of brightness for a LED light bulb, and it is what you should be looking at when purchasing lights.

Incandescents provide a warm yellow color that’s perfect for homes, whereas LEDs come in a variety of colors – from purple to red. Moreover, there are even different types of white and yellow.

If you are looking for a color that is suitable for your home, then you might want to consider “warm white,” “soft white” or “bright white.”

The first two will provide a yellow-like color that’s similar to incandescents, while the “bright white” color is close to the one we see in retail stores and it resembles the daylight.

Look at the kelvins of the light bulb when buying one. The lower the number is, the warmer the light will be. If you are looking for an incandescent color, then you will need something between 2,500-3,500 kelvins.

Replacing the old lights with LED bulbs should be considered as a long-term investment. They are much more expensive than traditional ones, but their prices have decreased due to the large competition in the industry.

Even though that you have to pay more upfront, the LED bulb will pay off throughout the years as they have a longer lifespan and consume much less energy than others.

Some fixtures aren't compatible with LEDs

You must ensure that the place you want to put the LED bulb is suitable or else it might kill it faster. Many people believe that LEDs don’t produce heat, but they do. However, it is pulled away from the bulb into the air and this way the bulb stays cool, preserving its life expectancy.

Nevertheless, if the light bulb is enclosed, the heat won’t be able to escape, which would result in a shorter lifespan. However, there are LED bulbs that are especially approved for enclosed spaces.

The benefits of LED Lights

Currently, the award-winning LED Lights are considered as the most efficient and cost-effective way to illuminate your property. The light emitting diodes are by far the most eco-friendly way of illumination, and the provided benefits are not only for us humans but the whole planet. 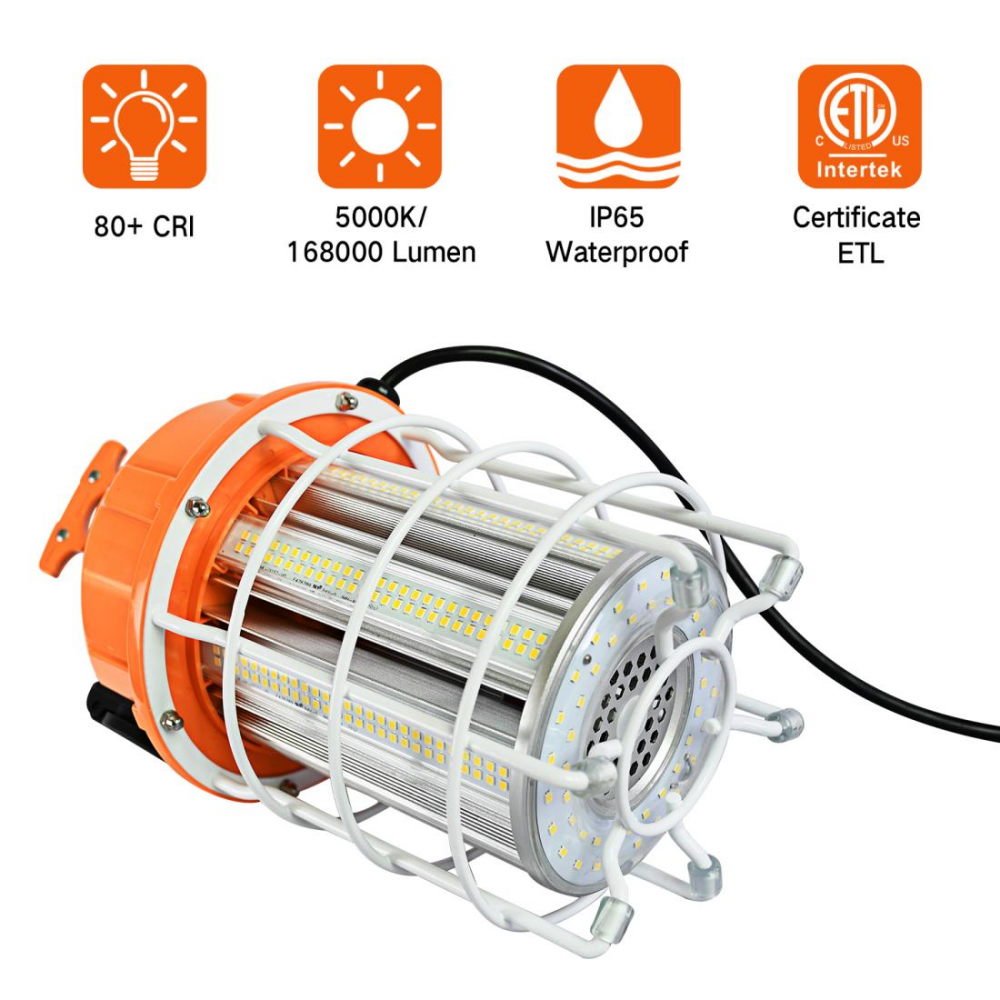 Here are the top benefits of the LED Lighting:

One of the biggest benefits of this new technology is the provided lifespan of LED lights. Studies show that a single bulb can operate up to 100.000 hours or for up to 25 years. In fact, if you leave a LED fixture to work for 8 hours a day, it will be operational for the next two decades.

Unlike standard lights that burn out, LEDs become less bright when they are being used over an extended period of time, but they continue to work.

When you take the long operational lifetime into account, the LED light bulbs become even more efficient, especially in large scale projects.

The traditional lighting bulbs contain dangerous chemicals that can hurt the environment significantly. LED lights are free of toxic materials, and they are 100% recyclable. Moreover, the long lifespan means that one bulb can replace 25 incandescent bulbs.

The materials that make the LED lights are extremely durable, which means that they can withstand even the most adverse weather conditions.

They are perfect for outdoor systems due to the fact that they are shock and impact resistant. With LED lights, you can rest assured that the extreme weather conditions won’t destroy your lighting system.

LED lights don’t produce UV emissions, which makes them suitable for goods that are sensitive to heat. Moreover, you can illuminate UV sensitive objects such as archaeological sites or even galleries.

Unlike fluorescent lamps, LED lights aren’t influenced by hot or cold outdoor temperatures and their operation isn’t affected in any way. This makes them perfect for areas with winter settings such as freezer rooms.

LED lights can be switched on and off multiple times without affecting its lifetime. Moreover, they brighten up instantaneously, which makes them suitable for outdoor projects.

Traditional lighting may take up to few seconds to reach full brightness, and the frequent switching can reduce their lifespan considerably.

The LED system doesn’t require a high-voltage power supply, which makes them suitable for remote areas. Moreover, you can connect an external solar-energy source, which will surely power the LED Lighting providing the necessary illumination.

Is LED Grow Light a Good Choice for Growing Cannabis?

YouLumi as a top LED grow lights manufacturer, YouLumi specializes in the...